Pioneers in the industry, we offer stainless steel flange from India. 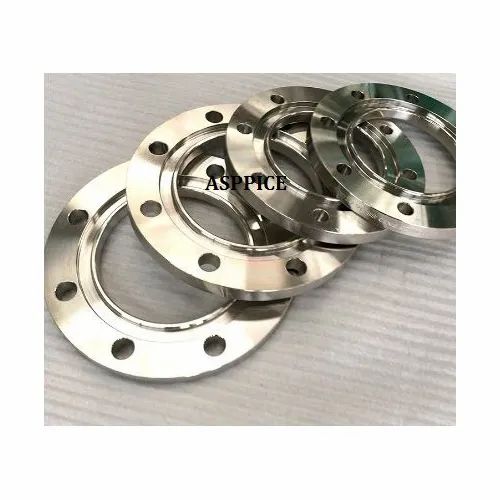 Flange is the parts which connects two pipe ends, flange connection is defined by the flange, gasket and bolt three are connected as a group of combined sealing structure of the detachable connection. The gasket is added between the two flanges and then fastened by bolts. Different pressure flange, thickness is different, and the bolts they use are different, when pump and valve connect with pipe, the parts of the equipment are also made of the corresponding flange shape, also known as flange connection, usually closured bolted connection parts are also known as flanges, such as the connection of ventilation pipe, this kind of parts can be called "flange type part", but this connection is only part of a device, such as the connection between flange and water pump, it's not inapposite to call water pump as flange type parts,but relative small valve,it can be called as flange type parts .

Flange connection is connected of a pair of flanges, a gasket and some bolts and nuts, gasket is put among the two sealing surface of flanges, after fasten the bolts and nuts, when the specific pressure on the surface of gasket reach a certain value, gasket deforms, and fill the uneven place of sealing surface, make the connection tight without leakage.

There are three kinds of forging flange sealing surfaces:

a,flat sealing surface is suitable for the environment whcih pressure is not high and media is non-toxic .

b,concave sealing surface is suitbale for the environment which pressure is slightly higher.

get quoterequest a call back